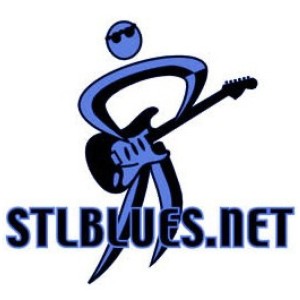 After the election of Al Cervantes as mayor in 1965, Black and white flight from St. Louis, which began after World War II, started to level off. City planning philosophy had left the North Side in  ruins. Music clubs there began toppling like dominoes as Blacks, like whites, fled the city. The rise of disco and hip hop took its toll on the music scene north of Delmar as well.

The Vietnam war attitude that you had to destroy a village to save it had also cut gaping holes in South Side housing in neighborhoods like Soulard.

The Third Street Expressway, the precursor of the Eisenhower Interstates, hacked off a corner of the area in the fifties, cutting off views of the river from the hill above downtown. Dead-end streets that once led downtown gathered dust in the concrete corners. Absentee owners began cutting up grand houses built before 1875. Real estate speculators were salivating.

The population fell off the cliff from 1960 to 1970, dropping from 12,875 to 6,024. City planners called the neighborhood obsolete and as early as 1947 gave it the description “blighted,” the death sentence of the urban removal movement.

It was too late for the North Side. And Soulard could have suffered the same fate. But Cervantes, just before leaving office in 1973, arranged financing for 150 new single-family homes in several South Side neighborhoods. Soulard was one of those communities. The march of the headache ball stopped. And, as an unexpected by- product, St. Louis music was saved.

Vietnam veterans, young sixties radicals and social reformers, young couples with children, government employees, poverty workers in the Model Cities programs, artists, musicians and outsiders of all sorts had already stumbled upon the neighborhood as a low-cost, quality place with great potential, the Haight-Ashbury of the Heartland. These newcomers were mostly white and as such met only sporadic opposition from the real estate developers.

A 24-year-old Harvard graduate who wore a beard and who kept his sense of humor, Bob Brandhorst, was just one of many urban pioneers who drifted into the area. He helped start a program called Youth, Education and Health aimed at securing low-income housing. The Soulard Neighborhood Improvement Association formed in 1969. The neighborhood gained status on the National Register of Historic Places in 1972.

A breakfast program for kids started. The neighborhood began promoting urban homesteading and conducted tours of houses available for restoration.

And, thus, the feared dismantling of the area was averted. After Cervantes left office banks began erasing the red lines they had once been drawn around the neighborhood.

The arrival of music, all kinds of music, was not far behind.

By Bruce Olson, author of ‘That St. Louis Thing, An American Story of Roots, Rhythm and Race‘.